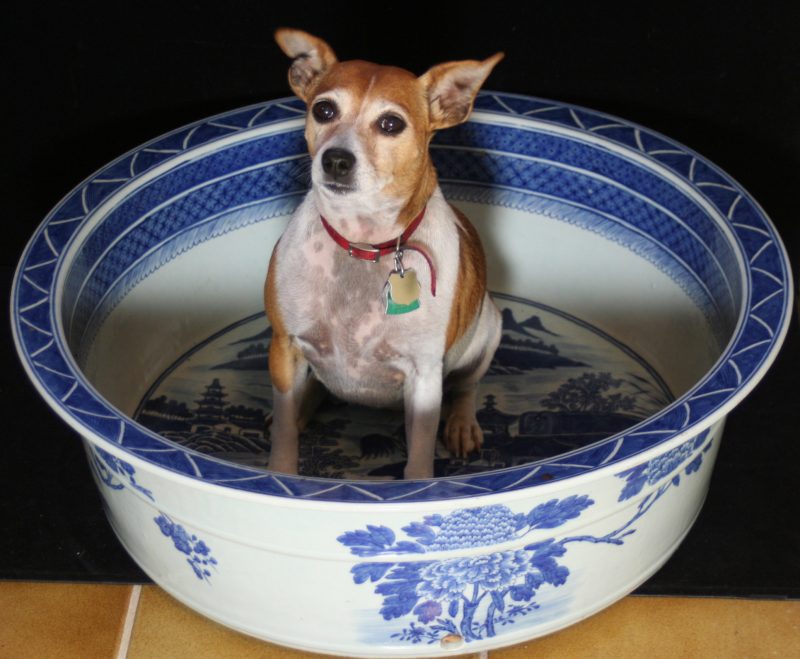 These Canton tanks have been called many names and, no doubt, they have been put to many different uses by the Chinese and us. Fish Tank, Wash Basin, Foot Bath, Baby's Bath, Coffee Table when placed in a wooden stand and covered with glass, take your pick. These tanks are the heaviest and largest of all the Canton pattern forms. The one with our dog Molly guarding it weighs almost 45 pounds and is 26 3/4" in diameter and 8 1/2" high. We now have pictures of a smaller tank: 24" diameter and 6 3/4" high, see last 2 pictures of the tanks in a recent, nicely made stand. Not shown is the round glass top that turns this tank into a coffee table. We believe that the smaller size tanks are rarer. The earliest mention of these tanks and a picture thereof was found by us in the January, 1924 bulletin of The Society For The Preservation of New England Antiquities. They were referred to as: "Fish Tanks".