Description:  We have divided the Cider Jugs or Flagons into three categories: two tall categories (the rarer spout cover variation is discussed here) and the shorter squat ones. These are magnificient forms with exquisite detail and dark blue color. Note the elaborate twisted handle and its attachments and the very carefully done borders. Look at the closeup picture of the borders on this jug, its elaborateness indicates it might be the earliest of all the cider jugs.  See the well done Foo Dogs. Note: the Foo Dogs on all the tall jugs always face the sampans—on the squat jugs they face the mountains. The top on this rarest tall jug variation has an extention that covers the spout, see photos. Another variation of this spout covered jug is that the inside of the jug does not have holes to strain the liquid before it is poured. All the other cider flagons, tall or short have the holes and this may be a later improvement in the form. All the bottoms are glazed and the spouts have an upward thrust. The last picture compares this special jug on the left to a regular tall jug, the more elaborate decoration is apparent especially the borders at the top of the jug.

This example is the only one we have seen, we believe there is a larger example and we are attempting to obtain size information.

Herbert Schiffer said these jugs were probably used for punch or mulled cider and he had seen the squat and tall jugs in sizes from 3 1/2″ to 12″ plus. These are a very much in demand Canton form. 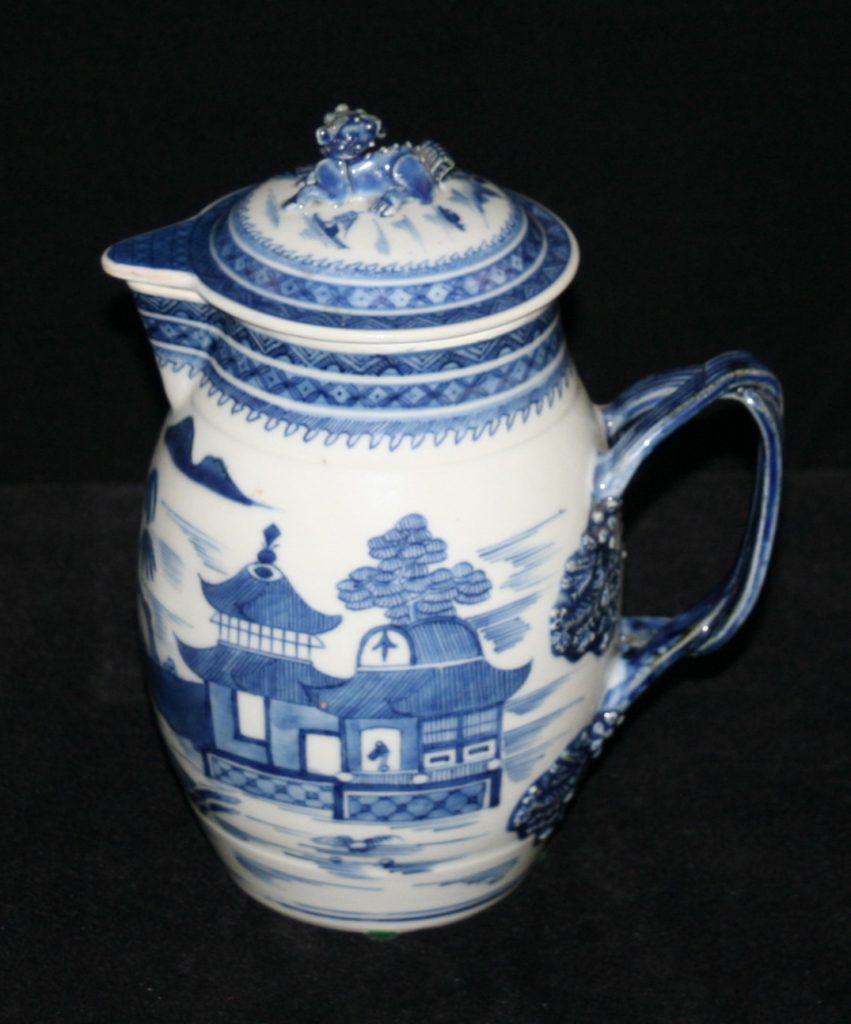 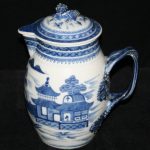 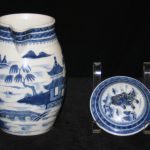 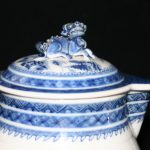 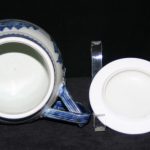 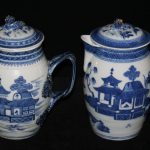