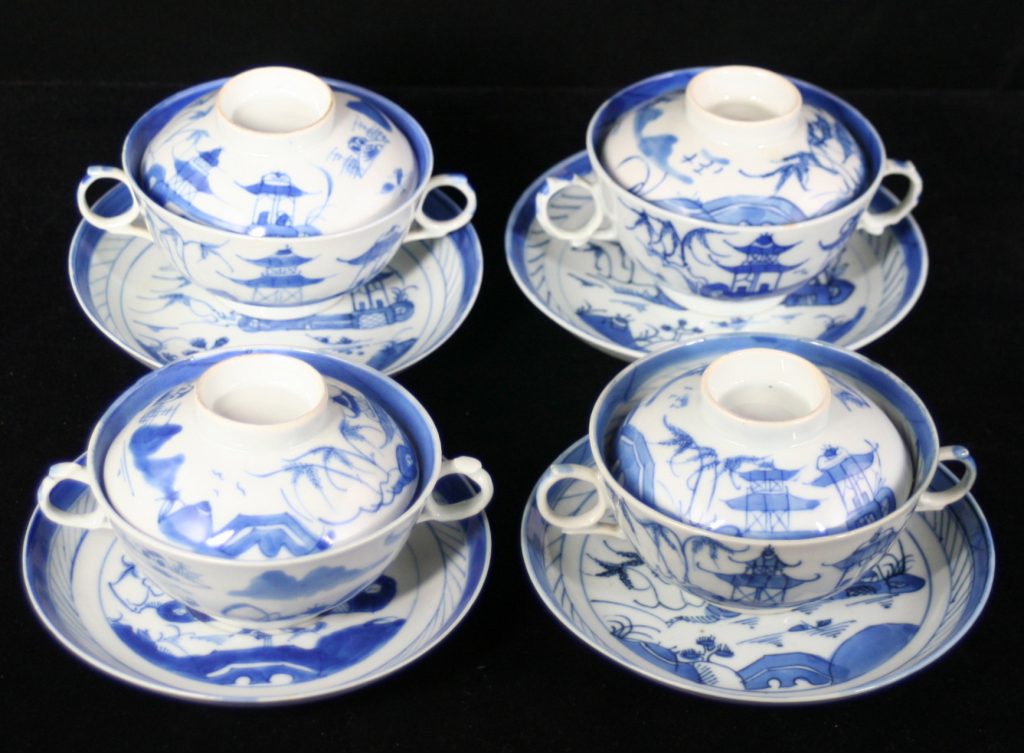 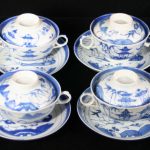 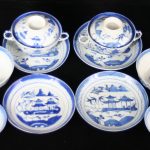 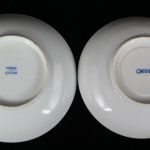 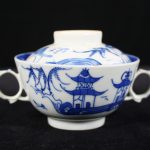 Description:  These covered cups & saucers are generally called “Bouillon Cups”. We do not feel they are large enough to be considered “bowls”. The cups have two handles each and each handle has one circular hole and another very small hole created by a support extension (see next to last picture). These bouillons are late 19th century into the 20th century manufacture. All 3 pieces have straight line borders which indicate their late manufacture. The pieces are made of thin delicate porcelain and the decoration is poor. Besides the borders, the tea houses are elementary and the usual early Canton trees have morphed into what Schiffer calls: “…giant ferns”.

The covers with their circular/round knobs are easy to pick up and act to keep the broth warm until drunk. When turned over they can act as a spoon rest. Sometimes the saucers have slight indentations which the cups fit into. Sometimes the cups & saucers are marked “CHINA” or “MADE IN CHINA” (see last picture).

Jane Wilson pictures cups & saucers on page 49 of her 1977 booklet and Herbert Schiffer has an example on page 88 of his 1975 book.