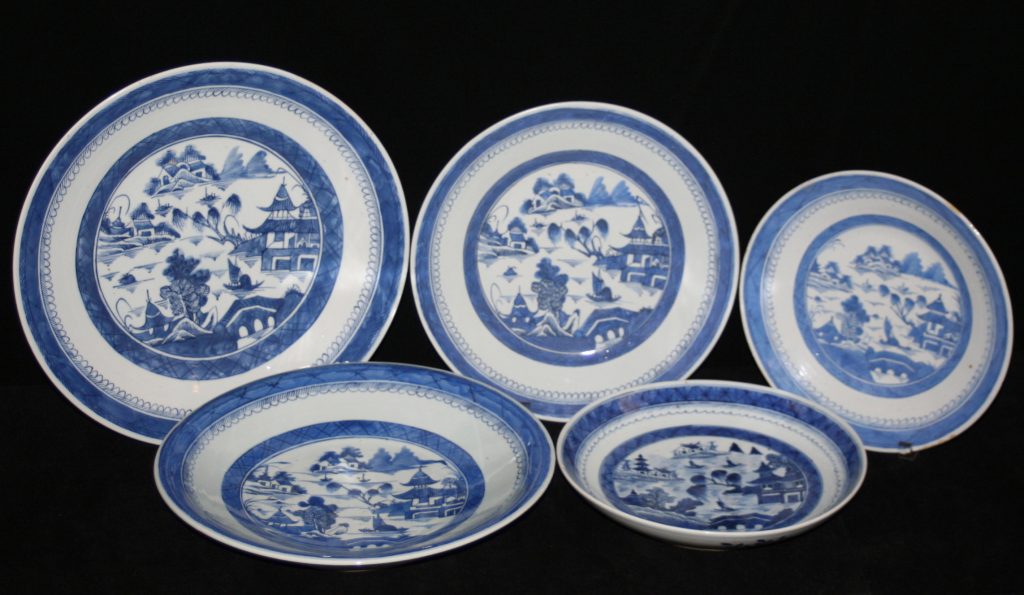 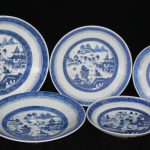 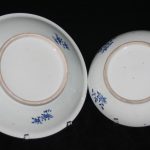 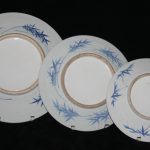 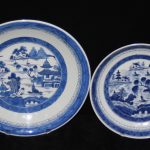 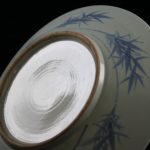 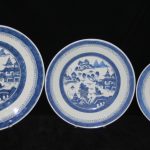 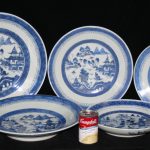 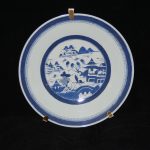 Description: There has been some disagreement over what to call these plates. A chop plate is defined as being round, larger than dinner plates which would make them 11″ in diameter or more and would be used to serve meats. Think lamb chops, mutton chops, pork chops. Chargers are defined as bigger than dinner plates which would go underneath them or soup bowls and serve as decorative accents and should not be used as plates for food. They dress up dinner tables. It would seem then that the term “Chop Plate” is more appropriate. Herbert Schiffer; however, calls them “Cake Plates” on page 172 of his 1975 book. At 19+” that would be a very large cake!

We have divided the first 5 plates into two groups. In the background are three typical plates that have a low profile, spikey bamboo leaves on the undersides and on the bottom a potter’s wheel use is evident in circular lines (see sideways picture). The second group are the two in the foreground. They have three or four groups of flowers on the undersides and no trace of a potter’s wheel. The larger one has more of a step base and the smaller plate has deeper sides, more like a bowl.