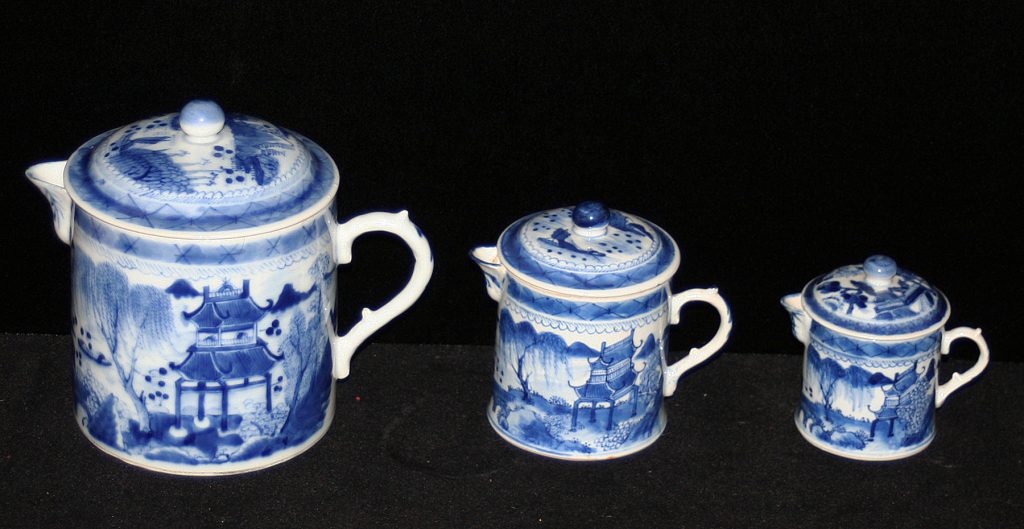 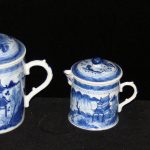 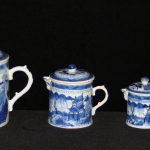 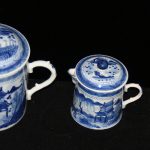 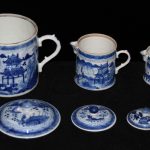 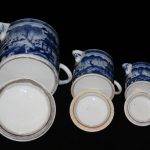 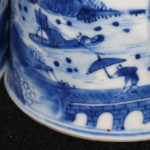 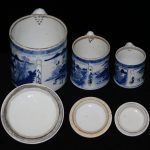 Description:  Very rare and expensive are Marmites. “Marmite” is described as being broth or soup or in more recent times marmite as a brewer’s yeast concentrate. These round straight sided pots with tops took the name of their intended contents. These marmites have spouts and loop handles with tangs. We date them to Mid 19th Century to late 19th as their knobs are simple balls or flattened balls. Note that there is one continuous scene around the Marmites.

We have saved the biggest surprise for last. Marmites are one of the very few Canton forms that have a figure on the bridge! See the last picture for the bridge views and a closeup of the figures holding parasols. They also appear in the Mixed Pattern Gallery. Also notice the unusual use of dark blue dots in the landscape. Both the tops and bottoms have rain cloud borders except the smallest whose top does not.