Not for Sale–Not In The Collection 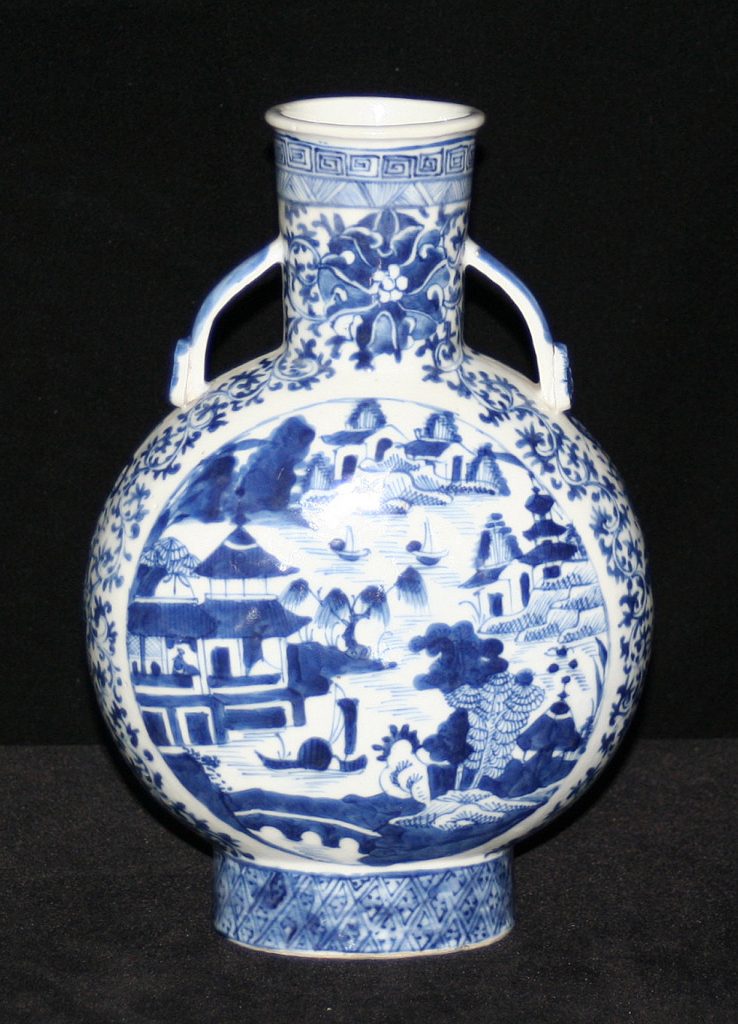 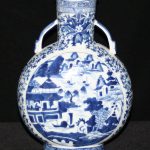 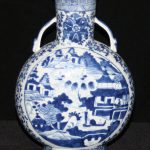 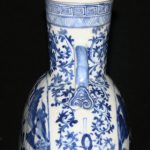 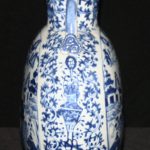 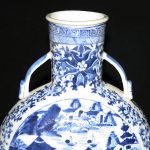 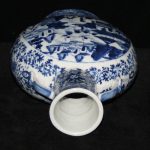 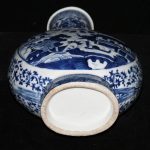 Description: A very rare Canton form known as a Moon Vase/Flask or Pilgrim Vase. This beautiful Moon Flask has a rich blue color and the typical Canton scene on each of the sides but instead of the usual rain cloud border it has a Greek Key border around the neck’s top. The ends of the flask are embellished with trailing vines as well as various objects below the handles all of which do not appear on other Canton forms. There is also an interesting, applied triangular motif just below the arched handles. Each side has a mirror image of the Canton scene. The 1 1/8″ high base of the vase is quite small and makes the vase top heavy and a bit precarious.